The Nobel Prize in Physics 2017

LIGO/VIRGO Collaboration
and the other half jointly to
Barry C. Barish

On 14 September 2015, the universe’s gravitational waves were observed for the very first time. The waves, which were predicted by Albert Einstein a hundred years ago, came from a collision between two black holes. It took 1.3 billion years for the waves to arrive at the LIGO detector in the USA.
The signal was extremely weak when it reached Earth, but is already promising a revolution in astrophysics. Gravitational waves are an entirely new way of observing the most violent events in space and testing the limits of our knowledge.
LIGO, the Laser Interferometer Gravitational-Wave Observatory, is a collaborative project with over one thousand researchers from more than twenty countries. Together, they have realised a vision that is almost fifty years old. The 2017 Nobel Laureates have, with their enthusiasm and determination, each been invaluable to the success of LIGO. Pioneers Rainer Weiss and Kip S. Thorne, together with Barry C. Barish, the scientist and leader who brought the project to completion, ensured that four decades of effort led to gravitational waves finally being observed.
In the mid-1970s, Rainer Weiss had already analysed possible sources of background noise that would disturb measurements, and had also designed a detector, a laser-based interferometer, which would overcome this noise. Early on, both Kip Thorne and Rainer Weiss were firmly convinced that gravitational waves could be detected and bring about a revolution in our knowledge of the universe.
Gravitational waves spread at the speed of light, filling the universe, as Albert Einstein described in his general theory of relativity. They are always created when a mass accelerates, like when an ice-skater pirouettes or a pair of black holes rotate around each other. Einstein was convinced it would never be possible to measure them. The LIGO project’s achievement was using a pair of gigantic laser interferometers to measure a change thousands of times smaller than an atomic nucleus, as the gravitational wave passed the Earth.
So far all sorts of electromagnetic radiation and particles, such as cosmic rays or neutrinos, have been used to explore the universe. However, gravitational waves are direct testimony to disruptions in spacetime itself. This is something completely new and different, opening up unseen worlds. A wealth of discoveries awaits those who succeed in capturing the waves and interpreting their message.


Read more about this year's prize 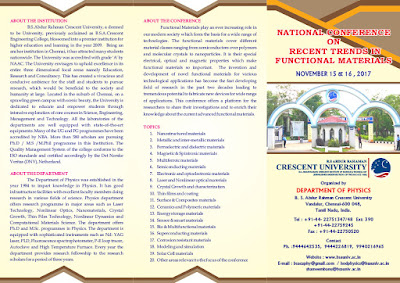 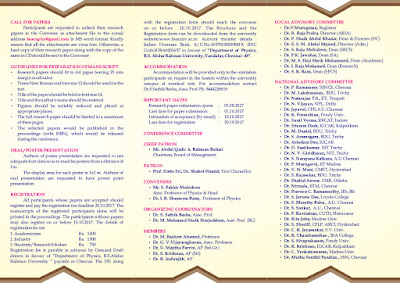 OVERVIEW
HDFC Bank believes that the benefits of economic growth need to flow to all sections of society. Although not a panacea, education would be one of the main interventions that would lead to the overall economic and social development of the society. With the aim of empowering individuals who are economically and socially disadvantaged, the bank has initiated various projects in the field of education and livelihood training. 'Educational Crisis Scholarship Support' (ECSS) programme is envisaged to provide interim support for children facing a personal/economic exigency.

ABOUT ECSS
Economic hardship or a crisis in the family sometimes has a direct impact on the education of children, often resulting in the child dropping out of school/college/university. ECSS has been conceptualized to provide assistance to these students, to tide over a difficult situation/Personal/Family Crisis without adverse impact on their education.

THE SCHOLARSHIP
ECSS aims to cover students from recognized Private or Government aided schools between standards 6 and 12 and students studying in undergraduate and post-graduate courses (full-time/part-time degree/diploma/ courses) who due to personal/family crises are unable to continue bearing the cost of education and are at risk of dropping out of school/college/university. This situation would be defined as bereavement/death/ terminal illness/permanent disability and loss of job of the breadwinner due to accident or any such extreme circumstances that have put a strain on the family resources. The Scholarship will cover the total annual School Fee upto a maximum of Rs.10,000/- and College/University Fee upto a maximum of Rs.25,000/- of the selected candidates.


For more details and apply on-line please visit : https://www.hdfcbank.com/htdocs/common/ECSS_scholarship.htm
Posted by IDARAVINTHAN at 7:00:00 PM No comments:

Procedure to install BHIM can be found @ http://www.npci.org.in/BHIM_Product_Overview.aspx

FAQ on BHIM  can be found @ https://upi.npci.org.in/static/faq/en_US/

In order to activate we need to enter our debit card last six digits and Validity (Expiry) date of the card. In SBI and SBI group bank Maestro cards validity dates are not available.

Then go to the e-services and chose ATM Card Services

In that, you can find  ATM Card Limit/Channel/Usage Change.

Click and go to the ATM Card Limit/Channel/Usage Change.

In that, you can see the Card status and Expiry date.

Students and Scholars of Bharathidasan University gathered to support of JALLIKATTU


Students and Scholars of Bharathidasan University gathered to support of JALLIKATTU
#WEDOJALLIKATTU, #JALLIKATTU, #ஜல்லிக்கட்டு
Posted by IDARAVINTHAN at 7:07:00 PM No comments:

The National conference on Advanced Materials: Processing and Characterization - 2017 will provide a vibrant platform for productive discussions and sharing of experiences on various scientific and technological advancements in novel materials, their processing, characterization and applications. The AMPC – 2017 will provide opportunities for interacting with renowned researchers who are active and inspiring speakers and also to exchange expertise through plenary lectures, invited talks, Oral and Poster presentations and exhibitions by academicians, scientists, researchers, engineers and technologists.

Topics for the Conference

Topics of interest include, but are not limited, to the following: 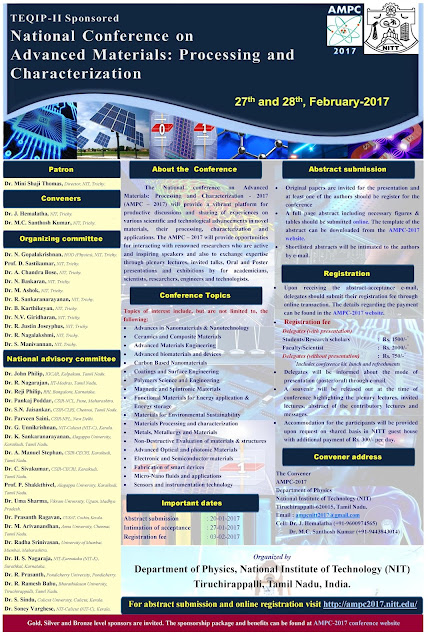 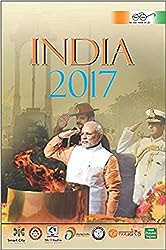